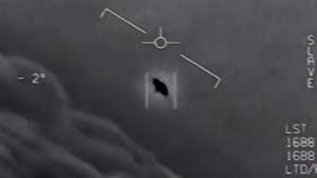 The show did go ahead, but was not exactly the programme originally planned. After the Air Force spokesmen had reeled off a number of anecdotal stories designed to ridicule the UFO belief, Keyhoe came on for his agreed piece. However, after a few moments, he suddenly veered from the script on the teleprompter and managed to squeeze in "and now I'm going to reveal something that has never been disclosed before ... for the last six months we have been working with a congressional committee investigating official secrecy about UFOs..." before the audio was cut, taking Keyhoe off air. The public never heard his planned concluding statement that "if all the evidence we have given this committee is made public in open hearings it will absolutely prove that the UFOs are real machines under intelligent control. (33)" NICAP later received a statement from the CBS Director of Editing, Herbert A Carlborg, confirming that Keyhoe was cut off the air, but only in the interests of national security. "This programme had been carefully screened for security reasons," Carlborg wrote, "therefore it was the responsibility of this network to ensure performance that was in accordance with predetermined security standards. Any indication that there would be a deviation from the script might lead to a statement that neither this network nor the individuals on the program were authorised to release." (34). However, the damage had been done, and the idea of a cover-up began to be securely planted in the minds of those who wanted to believe in it and others who had been more ambivalent up to that time. Slowly, those involved in the alleged cover-up started to 'leak' information.

Former CIA Director (1947-50) Vice Admiral Roscoe Hillenkoetter decided to go public when he made the following signed statement to Congress dated 22nd August 1960: "It is time for the truth to be brought out ... behind the scenes high ranking Air Force officers are soberly concerned about the UFOs. But through official secrecy and ridicule, many citizens are led to believe that unknown flying objects are nonsense ... I urge immediate Congressional action to reduce the dangers from secrecy about unidentified flying objects (35)." Victor Marchetti, a former Special Assistant to the Executive Director of the CIA also acknowledged the phenomenon was real in an article written for Second Look entitled How the CIA Views the UFO Phenomenon. In this article Marchetti states "We have, indeed, been contacted - perhaps even visited - by extraterrestrial beings, and the US government, in collusion with other national powers of the Earth, is determined to keep this information from the general public (36)." Colonel Joseph J. Bryan III, founder and first chief of the CIA's Psychological Unit and former Special Assistant to the Secretary of the Air Force as well as aviation advisor to NATO, confirmed that information was being covered up in a letter to Donald Keyhoe dated 1960. "Information on UFOs, including sightings reports, has been and is still being officially withheld. This policy is dangerous, especially since mistaken identification of UFOs as a secret Russian attack might accidentally set off war (37)." 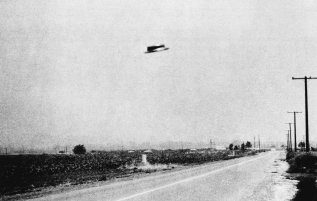 That the CIA does not hold a good track record on honesty and integrity is a matter of public record. Captain George Hunter White, a Narcotics agent, wrote of his CIA escapades in a letter to Dr. Sidney Gottlieb. "I toiled wholeheartedly in the vineyards because it was fun, fun, fun. Where else could a red-blooded American boy lie, kill, cheat, steal, rape and pillage with the sanction and blessing of the all-highest?" (White ran Operation Midnight Climax - a project run in the 1950s in co-operation with the CIA and the Army Chemical Corps, wherein unsuspecting male bar patrons in New York and San Francisco were given cocktails spiked with LSD, and thereafter taken by prostitutes to designated hotel rooms with their sexual acts filmed by U.S. intelligence agents from behind a two-way mirror.)

A retired agency caseworker with twenty years experience stated of his work, "I never gave a thought to legality or morality, Frankly I did what worked." William (Wild Bill) Donovan, President Roosevelt's Co-ordinator of Information (Appointed 11 July 1941 by Roosevelt to this post, and later as Director of Strategic Services, 13 June 1942. Placed on active duty and appointed Brigadier General in US Army, 24 March 1943; Promoted to Major General, (10 November 1944), recruited a Cornell graduate from Boston named Stanley Lovell. Lovell described his work as follows: "What I have to do is to stimulate the Peck's Bad Boy beneath the surface of every American scientist and say to him, 'throw all your normal law-abiding concepts out of the window. Here's a chance to raise merry hell. Come help me raise it (38)."

President Truman went on record as stating about his own creation: "I think that it was a mistake. And if I'd known what was going to happen, I never would have done it ... but it got out of hand ... now as nearly as I can make out, those fellows in the CIA don't just report on wars and the like, they go out and make their own and there is nobody to keep track of what they are up to. They spend billions of dollars on stirring up trouble so they will have something to report on. They've become ... it's become a government of all its own and all secret. They just don't have to report to anybody ... The people have got a right to know what those birds are up to. You've got to keep an eye on the military at all times, and it doesn't matter whether it's birds in the Pentagon or the birds in the CIA (39)."

The CIA has also been linked to a number of incidents that indicate that involvement in the UFO phenomenon is a risky and unhealthy business. Consider the case of the late Dr. Morris K. Jessup, a professional astronomer and author of books on UFOs who suggested that there were UFO bases under the oceans. On 20th April 1959 he was found dead, having apparently committed suicide. Then there was Dr. James E. McDonald, a senior physicist at the Institute of Atmospheric Physics and Professor at the Department of Meteorology, University of California. He became a speaker and writer on the subject of UFOs and was noted to be critical of the US Air Force's handling of the situation. In an article in Saga Magazine (40) it was claimed that McDonald "privately discussed, in his last years, the possibility that alien beings were not only present on this planet but were systematically taking over top posts in the government and military." On 13th June 1971, McDonald's body was found in the desert north of Tucson, Arizona, having allegedly committed suicide. Then there was Professor Rene Hardy, a world-renowned scientist and inventor with over 250 patents to his name in the fields of electronics, radio, television, ultrasonics and optics. His interests included Ufology and interstellar navigation. On 12th June 1972, the Professor was found dead with a bullet in his head, and a revolver in his hand just two days, it is claimed, before he was to announce an important announcement in the field of space phenomenon (41).