Dr. David R. Saunders, a member of the 1960s University of Colorado's UFO Committee (Condon Report) also believed the Robertson Panel Report was no more than a cover story "conceived and executed for the dual purposes of confusing foreign intelligence and reassuring the cadre of our own establishment. There is ample precedent for the use of such double and triple layers of security in connection with really important projects. For example the mere existence of the Manhattan Project was a secret, but the nature and importance of that project was an even bigger secret (23).Despite the Robertson Panel's attempts to kill off the speculation, the matter could hardly rest as sightings of UFOs continued, with a hard core of UFO believers that the entire phenomenon was being covered up. The agencies themselves certainly didn't help when trying to cast off this tag of a cover up as a couple of well-publicised incidents in the 1950s demonstrate.

The first incident was triggered in 1955 when two elderly Chicago sisters, Mildred and Marie Maier, reported in the Journal of Space Flight that they had tape recorded what appeared to be a radio signal from a 'flying saucer'. It wasn't, or at least, it probably wasn't. The OSI section of the CIA became interested and requested that the Scientific Contact Branch make further enquiries into the claims (24). Field officers from the Contact Division (created to collect foreign intelligence information from sources within the US) made contact with the sisters, however on examination of the tape it became apparent that the strange noises were nothing more than Morse code from a US radio station (25). That really should have been the end of a rather innocuous incident that served little more than to add excitement to the lives of the Maier sisters who were reportedly "thrilled that the government was interested" in their story. Yet the story did not end there, for an interested researcher, Leon Davidson, talked to the Maier sisters in 1957 about the episode. They advised him that one of the men they had talked to a Mr [Dewelt] Walker who claimed he was from the US Air Force. Davidson then wrote to Walker, believing him to be a US Air Force Intelligence Officer from the now familiar Wright-Patterson Air Force Base and asked if the tape had been analysed at the ATIC. Walker duly replied that the tape had been forwarded to the proper authorities for evaluation however no results had been forthcoming. 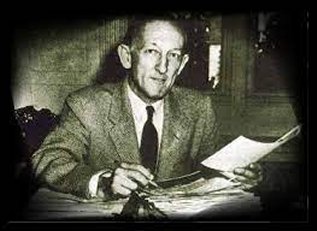 Davidson began to suspect that Walker was actually a CIA officer and wrote to DCI Allen Dulles requesting information on what the tape had revealed and who Dewelt Walker actually was (26). The agency, wanting to keep Walker's identity as a CIA agent a secret, replied that another agency within the government had analysed the tape and he would be hearing from the Air Force in due course (27). Sure enough, a few months later on 5th August, the Air Force informed Davidson that Walker "was and is an Air Force Officer" and that the tape "was analysed by another government organisation." The Air Force letter also confirmed that the signal recorded by the sisters was merely Morse code (28). Davidson started to turn the screws when he wrote back to Dulles wanting to know the identity of the Morse operator and of the agency that had conducted the analysis. This left both the CIA and the Air Force in an impossible position. The CIA had already denied analysing the tape, but then by this time the Air Force had as well. From this it was only possible to conclude this "other government organisation" was some clandestine agency at work behind the scenes.

A CIA officer, under cover and wearing Air Force uniform, then contacted Davidson, tried to reassure him that there was no clandestine agency, and that the problem was that the Air Force had a policy that they were not in a position to disclose who was doing what. Davidson, however, continued to press for answers to his questions. Digging themselves deeper into a hole, the CIA officer then tried to claim that after a thorough check of records, the tape and notes made at the time had been destroyed to conserve file space on the grounds that the recording was known to be of US origin (29). This was more than Davidson could stand and he accused the officer and his agency "whichever it was" of "acting like Jimmy Hoffa and the Teamster Union in destroying records which might indict them (30)." So how did the CIA respond this time? They didn't, merely drawing a veil of silence over the matter by declaring that any more contact with Davidson would only encourage more speculation and that they would not respond to any further communications with him again (31).

Events of the night of 22nd January 1958 added to the growing perception of a cover up. On that evening, CBS Television presented a programme devoted to UFOs on its Armstrong Circle Theater show. Major Donald Keyhoe (above), Director of NICAP (National Investigations Committee on Arial Phenomena), was invited on to the show given his sources of information from within military circles. Keyhoe was a graduate of the US Naval Academy and a former Marine Corps pilot. He was also renowned for his frequently stated view that the US Government was withholding the facts on UFOs in order to avoid widespread panic.

Several Air Force spokesmen were also due to appear on the programme, however they would only agree to do so if they were allowed to see Keyhoe's script in advance along with an assurance that he would not deviate from it during the programme. Keyhoe duly forwarded his script, only to have it returned with most of the points he wanted to make removed. Even the statement Keyhoe retained was later forbidden from being aired; "There is an official policy, believed in the best interests of the people, not to confirm the existence of UFOs until all the answers are known. Captain Edward J. Ruppelt, former chief of Project Blue Book, has confirmed the existence of four important documents that should be noted. In 1948, in a 'Top Secret' estimate, the [Air Technical Intelligence Center] concluded that UFOs were interplanetary spaceships. In 1952, an Air Force Intelligence analysis of UFO manoeuvres brought the same conclusion; interplanetary. In January 1953 a report by a panel of top scientists at the Pentagon reached this conclusion: There is strong circumstantial evidence, but no concrete proof that UFOs are spaceships." (32).