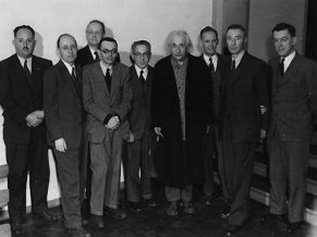 Part IV of the Robertson Panel's report concluded, "reasonable explanations could be suggested for most sightings ... By deduction and scientific method it could be induced (given additional data) that other cases might be explained in a similar manner." The Panel also concluded that there was "no evidence of a direct threat to national security in the objects sighted" and that "the absence of any 'hardware' resulting from UFO sightings lends a 'will-of-the-wisp' nature to the ATIC problem. Although the panel members agreed that there was no evidence of direct threat from the sightings, it also agreed that dangers might be inherent from misidentification of actual enemy artifacts by defence personnel; overloading of emergency reporting channels with 'false' information and subjectivity of public to mass hysteria and greater vulnerability to possible enemy psychological warfare."

The Robertson Panel therefore recommended the following strategy be adopted to deal with the UFO phenomena. "The 'debunking' aim would result in reduction in public interest in 'flying saucers' which today evokes a strong psychological reaction. This education could be accomplished by mass media such (as) television, motion pictures and popular articles. Basis of such education would be actual case histories which have been puzzling at first but later explained. As is the case of conjuring tricks, there is much less stimulation if the 'secret' is known. Such a program should tend to reduce the current gullibility of the public and consequently their susceptibility to clever hostile propaganda. The panel noted that the general absence of Russian propaganda based on a subject with so many obvious possibilities for exploitation might indicate a possible Russian official policy." The panel further recommended;

(a) That the national security agencies take immediate steps to strip the Unidentified Flying Objects of the special status they have been given and aura of mystery they have unfortunately acquired.

(b) That the national security agencies institute policies on intelligence, training and public information designed to prepare the material defences and the morale of the country to recognise most promptly and to react most effectively to true indications of hostile intent or action.

We suggest that these aims may be achieved by an integrated program designed to reassure the public of the total lack of evidence of inimical forces behind the phenomena, to train personnel to recognise and reject false indications quickly and effectively, and to strengthen regular channels for the evaluation of prompt reaction to true indications of hostile measures." 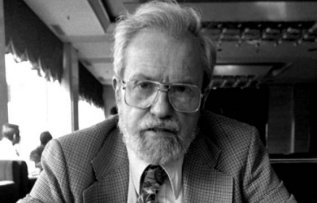 This recommendation (paragraph 4a) was accepted and reflected the subsequent sceptical/debunking attitude towards UFOs since that time. However Dr. Allen Hynek (above), an associate member of the Robertson Panel, expressed criticism of it later, stating: "I was dissatisfied even then with what seemed to me a most cursory examination of the data and the set minds implied by the Panel's lack of curiosity and desire to delve deeper into the subject." (18). Another of those interviewed by the Robertson panel, was Captain Edward Ruppelt, Chief of ATIC's Aerial Phenomena Branch and later head of Project Blue Book. He stated that the CIA ordered the Airforce to debunk sightings and discredit witnesses. "We're ordered to hide sightings when possible, but if a strong report does get out, we have to publish a fast explanation - make up something to kill the report in a hurry, and also ridicule the witness, especially if we can't find a plausible answer. We even have to discredit our own pilots." (19).

An example of 'killing the story' occurred on 29th July 1952 when Marine Corps photographer, Ralph C. Mayher, shot 40 feet of 16mm film of a bright object streaking over Miami in Florida, USA. Mayher contacted the Marine Air Station and later met with a Lt. Aldridge who left with the roll of film who took it to the Air Force for analysis. When Mayher later made enquiries he received a letter dated 13th April 1954 which stated: "This is to advise you that a search of the ATIC files has failed to show that the Air Force has ever received the film you mentioned. It is our belief that since this film was originally submitted to a Naval Base, it must still remain with Naval Intelligence." (20). 1st Lt. R. C. White signed the letter. Mayher then contacted the Marine Corps Air Station in Miami where he was stationed as a service photographer the night he took the film of the bright object in the sky. He received a reply dated 19th April 1954 which stated "Saucer film turned over to Air Force, July 31, 1952." (21). Colonel T. G. Ennis, Commanding Officer of the air station, sent the telegram.

Ruppelt had long since tired of official denial of the UFO phenomenon, and in his 1956 book, The Report on Unidentified Flying Objects he scorned the ongoing quest for proof asking, "does a UFO have to land at the river entrance to the Pentagon near the Joint Chief of Staffs' Office? Or is it proof when a ground radar station detects a UFO, sends a jet to intercept it, the pilot sees it, and locks on with his radar, only to have the UFO streak away at a phenomenal speed. Is it proof when a jet pilot fires at a UFO and sticks to his story even under the threat of court martial?" (22).