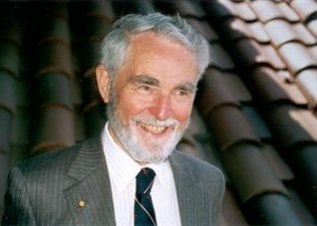 In the weekly scientific journal Nature, issue 3rd November 1928, there appeared a letter to the physicist Carl Stormer penned by one Jorgen Hals, a radio engineer from Bygodo. The letter read: "At the end of the summer of 1927 I repeatedly heard signals from the Dutch short-wave transmitting station PCJJ at Eindhoven. At the same time as I heard these I also heard echoes. I heard the usual echo which goes round the Earth with an interval of about 1/7th second as well as a weaker echo about three seconds after the principal echo had gone. When the principal signature was especially strong, I suppose the amplitude for the last echo three seconds later, lay between 1/10h and 1/20 of the principal signal in strength. From where this echo comes I cannot say for the present, I can only confirm that I heard it."

Hals had discovered a phenomena that was later to be called Long-Delayed Echoes. During the half-century following this discovery, scientists from around the world have studied the phenomena but have not been able to offer a satisfactory explanation to account for all the evidence accrued. Essentially the LDE phenomena is that radio messages can be transmitted into space and are 'reflected' back to Earth off an object or objects elsewhere in space; the ionosphere and the Moon acting as the two main 'reflectors'. Over 100 reports exist of the phenomena, yet some of the reports refer to echoes being received seconds later at their original transmitting station.

Since the radio waves travel at 186,000 miles per second, and the distance between the Earth and the Moon varies from 221,460 miles to 252,760 miles, the longest the radio wave should take to be reflected back to Earth is 2.7 seconds; any delay longer than that would indicate reflection off an object further out in space than the Moon. Carl Stormer, the recipient of Hal's letter, teamed up with a Dutch researcher, Van der Pol from the Phillips Research Institute in Eindhoven and in September 1928 they began experiments to validate Hal's findings. They radiated radio call-signs of different lengths at 30-second intervals and the results they achieved from 11th October 1928 demonstrated delays in the signal of between 3 to 15 seconds. Van der Pol confirmed these findings in a telegram that read "Last night special emission gave echoes here varying between three and fifteen seconds. 50% of echoes heard after eight seconds!" (1)

Yet, as noted above, 2.7 seconds would be the longest it would take to reflect such a signal back from the Moon, and it would take over four minutes for the echoes to reflect back from our nearest planet in the Solar System, Venus. Clearly, the echoes were being reflected off something between Moon and the nearest planet. Stormer continued to investigate the phenomena and his work was duplicated by intrigued researchers from all over the world. tormer published his findings in August 1929, and attributed the echoes to some form of 'auroral causes', however such an explanation was, and remains, unsatisfactory. Later another natural explanation for LDEs was proposed by Anthony Lawson in the 1970s (2). Essentially he contended that the signals were reflected off the ionosphere or other natural phenomena. His hypothesis was regarded as impressive by the British Interplanetary Society who gave him Fellowship of their Society. Lawton's work almost killed off research into the phenomena, however what limited research that continued concluded that "we still don't know which of the proposed mechanisms are valid." (3).

What made the puzzle more intriguing were the different time delays in receiving the signals back after their transmission. Stormer and Van der Pol noted echoed delays to their transmissions (in seconds) that read 8-11-15-3-13-8-8-12-15-13-8-8. Either there were a number of reflective objects out there to account for these time differences or something else was happening.

That something else was happening was proposed by Professor Ronald Newbold Bracewell (top). Born in Sydney, Australia, Bracewell later worked in the CSIRO Radiophysics Laboratory during World War II and 1949-54. He then moved to the United States where he joined the Electrical Engineering faculty of Stanford University, and later became Lewis M. Terman Professor at the University. Bracewell is the author of over 200 technical papers and four books and was at the University at the same time as Arthur Schawlow, inventor of the laser. His theory about the Long Delayed Radio Echoes was that they were what might be expected from a Von Neumann Probe (the Von Neumann of Corso fame.) Von Neumann had proposed that alien probes may have been launched from some far distant civilisation and remained in orbit around planets likely to harbour life until contact could be made on the 'dawn' of that civilisation's radio era. Bracewell concluded that such a probe might listen to radio transmissions from our planet and repeat them on the same frequency to confirm contact with an alien intelligence. Such a concept is quite logical, for this way the 'alien' probe could be guaranteed to permeate the transmitting world's atmosphere and be in a language or form understandable to that host world.