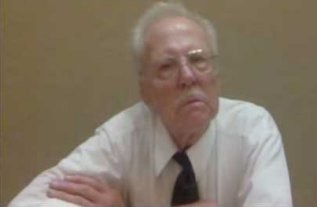 Lt. Col. Wendelle Stevens worked at the Foreign Technology Division at Wright-Patterson Air Force Base. He has said; "I am convinced beyond doubt that we have recovered aircraft, alien vehicles, that we have contact with aliens. That we are communicating with them in some way or form and that we have vehicles and bodies in preservation."

Colonel Joseph J. Bryan III was the founder and first chief of the CIA's Psychological Unit and former Special Assistant to the Secretary of the Air Force as well as aviation advisor to NATO. Bryan wrote the following in a letter to Major Donald Keyhoe in 1960. "I am aware that hundreds of military and airplane pilots, airport personnel, astronomers, missile trackers and other competent observers have reported sightings of UFOs. I am also aware that many of these UFO have been reported manoeuvring in formation, and that many were simultaneously tracked by radar. It is my opinion that: The UFOs reported by competent observers are devices under intelligent control. Their speeds, manoeuvres and other technical evidence prove them superior to any known craft or space devices now produced on earth. These UFOs are interplanetary devices systematically observing the earth, either manned or under remote control or both (32).

Commander R. B. McLaughlin was in charge of team of scientists at White Sands, New Mexico.'True' Magazine in March 1950 published an article entitled How Scientists Tracked Flying Saucers in which McLaughlin described several UFO sightings made either by him or his crew at White Sands. He described one of these episodes; "I am convinced that it was a flying saucer, and further, that these disks are spacecraft from another planet, operated by animate, intelligent beings." The story was all the more surprising in that it received complete military clearance despite the fact that it contradicted every military press release that had been made in the previous two years" (33).

"Flying saucers are real. Too many good men have seen them, they don't have hallucinations." (35)

In addition to the above comments, the existence of UFOs appears to be confirmed elsewhere. For example in 1995 the National Emergency Management Agency issued a book Fire Officer's Guide to Disaster Control which gave advice to its employees on how to handle extra-terrestrials encountered in the line of duty. The sections in this manual include headings such as 'The UFO Threat - A Fact', 'UFO Hazards', detailing powerful electrical fields and the psychological impact of encounters, 'Force Field Impacts' and 'UFOs - Emergency Action.'

The Robertson panel recommended that companies such as Disney should be enlisted to encourage viewers to believe that UFOs are not real. Yet on the weekend of 18-19th March 1995, Disney broadcast a documentary on UFOs in five states: Connecticut, Tennessee, Alabama, Florida and California with no prior announcement. The documentary, introduced by the company's Chief Executive himself, was entitled "Alien Encounters - From New Tomorrowland." The documentary began with video footage of an apparent UFO with the commentary, "piloted by alien intelligence, one sighting from tens of thousands made over the last fifty years on virtually every continent on the globe. Intelligent life from distant galaxies is now attempting to make open contact with the human race. And tonight we'll show you the evidence." Strong enough claims, but fronted by Michael Eisner, the entire corporation's Chief Executive?

The documentary included the following quotes. "Mankind is in the midst of the most profound event in history: Actual contact with intelligent life from other planets." "From beyond the boundaries of our perceptions, intelligent beings are beckoning mankind to join the galactic community. It's an invitation which is both wondrous and terrifying." "Alien ships seem to arrive in waves, and if the last few years are any indication, planet Earth is experiencing a tsunami of sightings." "As early as 1947 the large alien ships began to arrive, navigated by living creatures. Their advanced physics allowed them to traverse the galaxy and pierce Earth's atmosphere with amazing speed. More than one alien craft crashed and was recovered for secret US military research."

"This is the actual site where the Roswell saucer was discovered along with the bodies of three extraterrestrial missionaries who didn't survive the collision. The debris and the dead were impounded and taken away for top-secret study. The debris and the dead were impounded and taken away for top-secret study." "A classified investigative committee ... was organised by President Truman and a government cover-up was initiated with a calculated disinformation campaign." "For governments determined to maintain their authority, extraterrestrial contact is pure dynamite." "When [Jimmy Carter] assumed the office of President of the United States, his staff attempted to explore the availability of official investigations into alien contact ... [however] there are some security secrets outside the jurisdiction of the White House." "In November of 1975, essentially every SAC [Strategic Air Command] base in the United States was visited by UFOs." It is interesting to note that the year in which Armstrong first set foot on the moon, Congress passed a Federal law in which it was made illegal to any American to have contact with an extra-terrestrial punishable by a $5000 fine or a year in prison.

(10) In an article by Attila Lenart entitled Ask a Question To the Minister of Defence: George Keleti, Are You Afraid of a UFO Invasion?, Nepszava Budapest, 18th August 1994.