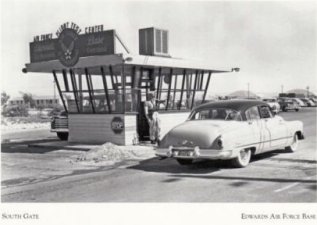 In 1909 strange craft were reported in the skies over Massachusetts. These craft reportedly had powerful searchlights that lit up the ground as they passed overhead. By December of that year a wave of such sightings flooded in from across the New England States (22). Then on the night of 30th August 1910 above New York City a long black cigar shaped object flew in low over Madison Square in full view of hundreds of people. According to the New York Tribune the object had red and green lights and made airplane engine noises. It circled once round the park then flew away. The following night it returned for a repeat performance (23). Could this mystery object have been a plane? In 1910 there were only thirty-six licensed pilots in the whole of the United States and following a check by newsmen all planes were accounted for - only one was in the area. It was on Long Island and only had a range of 25 miles. The origin of the craft above New York has never been explained.

Other events have been similarly unaccounted for. One of the most famous of these took place at Edwards Air Force Base; the home of the Air Force Flight Test Center where for more than 50 years it has been at the leading edge of developments in the aerospace world. From America's first jet airplane to the landings of the Space Shuttle, Edwards AFB has seen more major milestones in flight than any other place on Earth mainly due to its ideal location. (Excellent all-year flying weather, relative isolation, varied topography as well as the vast expanse of Rogers Dry lake.) Then on the night of 7th October 1965 Edwards become famous for another milestone, apparent contact with unidentified objects not from this Earth. A transcript of part of the the event follows:

Reed: We have some confirmed reports of some unidentified flying objects in your area.

Reed: Approximately six or more from Edwards just south of Victorville. They are moving slowly and climbing slowly. They're red, white and green flashing lights.

Reed: And they have been confirmed on radar. We can't establish what these things are.

Observations of the objects continued with the following conversations being recorded:

Voice 1: Three more of them. Well south and dim.

Voice 1: I can still see a red light occasionally out of one of them.

Voice 2: Where are they from? That big bright one.

Voice 1: Beneath him and just a little bit south. And there's three of them almost in a straight line.

Voice 1: I don't like being the only one who's seeing these type of things. I still have a contact out there.

Voice 2: What are all these objects? Do they look the same as the rest of them?

Voice 1: No, this one just appears to be flashing, nothing red or green involved.

Voice 2: Oh I see. Could be something else.

Voice 1: Alright, I have Alpha Lima in sight now.

This incident was investigated by former astronaut Dr Edgar Mitchell, who, on the Geraldo Rivera Show stated "This is a real event. I have investigated it myself." [On 8th July 1947 there were a series of sightings over Edwards AFB then known as Muroc AFB. In the morning of that day two spherical or disc-like UFOs were seen and then joined by a third object. The crew of technicians, all of whom were familiar with the latest aerial technology, observed a white-aluminium UFO with distinct oval outline descending, moving against wind. Then in the afternoon a thin "metallic" UFO climbed, dove then oscillated over field and was also seen by a test pilot in vicinity.