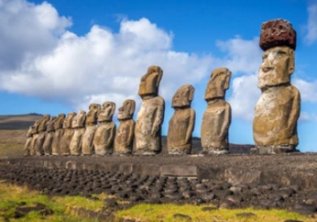 The idea of devices that allowed man to see other places frequently occurs in ancient legends. For example, the Book of Enoch states that Azaziel taught men to make mirrors, and according to this belief, distant scenes and people could clearly be seen in them (42). Maxim Gorky, the Russian writer, met a Hindu Yogi in the Caucasus. This Hindu asked Gorky if he wished to view something in his album, to which Gorky replied that he wished to see pictures of India. The Hindu allegedly put the album on the Russian's knees and requested that he turn the pages. The polished copper sheets then showed beautiful cities, temples and landscapes of India. At the end of the session Gorky returned the album to the Hindu. The Yogi blew on it and asked whether Gorky wished to take another look. Gorky states that "I opened the album and found nothing but copper plates without a trace of any pictures (43).

Franciscus Picus in the Book of the Six Sciences outlined the construction of the Al Muchefi mirror. It is said that in this mirror one could see a panorama of time. Whilst these latter accounts appear to be in the realms of science fiction, they seem remarkably out of place with our concepts of the ancient world. And as the world became even older, this knowledge ebbed away, becoming lost in the depths of time. It could reasonably be assumed that a world that was developing would have built upon knowledge attained; a world in decline would have seen its knowledge base crumble and fall into disrepair. (Of course, the knowledge could simply have been borrowed rather than developed, of which more later.)

Ulug Beg, a 15th century Uzbek astronomer held a view that "mosques fall, palaces crumble into dust, but knowledge remains." However, he was not as clever as he thought, for, as a punishment for making this statement, he was sent on a pilgrimage to Mecca, and was then murdered on the journey as a warning to others. Plato held a different view believing that when knowledge was lost "you have to begin all over again as children." And history records the loss of much knowledge through the centuries, including the wanton destruction of great libraries.

These incidents include the devastation of Persepolis, the capital of the Persian Empire, which was torched when conquered by Alexander the Great. The Romans also destroyed ancient Phoenician and Carthaginian books when they ransacked the library of Carthage in 146 BCE and their own records were subsequently destroyed during the later sacks of Rome and the pillaging of Constantinople. Julius Caesar accidentally destroyed thousands of books when he captured Alexandria, and although the destruction was not complete, it became so later when Omar, the third Caliph of Islam, ordered that the library's books be used for heating the public baths following his conquest of the city in 636AD.

Some idea of how much ancient knowledge was lost becomes apparent when it is noted that the books kept the baths hot for six months. The Caliph had his own reasoning for this act of vandalism, reportedly decreeing "the contents of these books are in conformity with the Koran or they are not. If they are, the Koran is sufficient without them; if they are not they are pernicious. Let them, therefore, be destroyed (43)." Other parts of the world witnessed similar destruction. Shih Huang Ti, the unifying Emperor of the Chin Dynasty decided that Chinese history should start with him. To that end he ordered that all books should be burned, including those of Confucius, except those dealing with medicine, agriculture and necromancy.

Other ancient records have been destroyed. Bishop Diego de Landa in Yucatan in the early sixteenth century had all the Maya chronicles he could find burned, and by doing so probably destroyed any hope of modern researchers deciphering the ancient Mayan hieroglyphics that adorned the few ancient texts that did survive his vandalism. These destructions have robbed modern man of an understanding of much of his past, leaving merely a confusing trail of out of place artefacts, archaeological remains and ancient texts. Yet these clues themselves appear to provide overwhelming evidence that mankind enjoyed an earlier period when s/he had a greater knowledge than s/he had in subsequent millennia.

From the stones at Ica, the Antikythera Mechanism, the Nanjiig Belt to the early understanding of the Earth's place in the solar system and universe, to the mathematics and construction of the Great Pyramid, to the marvels of Tiahuanaco, it is clear that someone, somewhere at sometime lived on this planet whose very existence is now lost to us. Given that clues to the existence of this lost people scatter the Earth, it could be assumed that we are searching for an entire civilisation. 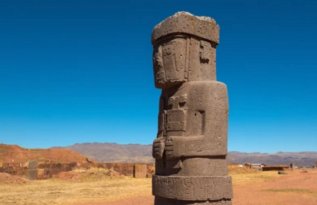 And if clues to this missing civilisation really are to be found around the entire planet then there should be evidence of world-wide prehistoric connections. And there are. The most remarkable of these connections centres on the links between Easter Island and the Indus Valley in Pakistan. (If the Earth was shrunk to rest on the palm of your hand and you inserted a needle into Easter Island then through the centre of the Earth, the needle would come out of the other side of the planet in the vicinity of this valley.)

Easter Island, itself, lies in the Pacific Ocean, 2300 miles west of the coast of Chile and some 2500 miles from Tiahuanaco (44). The island is only 45 square miles in area, but is known across the world because of the mysterious statues that stand around its coastline on stone platforms. The origin and purpose of these statues has never been satisfactorily explained, and because they are made of stone, their age can never be established. What we do know, however, is that the hats and chiselled features of the Easter Island statues bear an uncanny resemblance to statues found on the South American mainland at Tiahuanaco (above).

Alan Alford in his God of the New Millennium points out the similarity between these South American statues and others found in Aija in Peru, and the similarity between those and the depiction of an Indo-European ruler from the Indus Valley. This latter connection may seem somewhat tenuous (although the headbands on each statue provide the most convincing evidence), but there is other supporting evidence of a prehistoric link between Easter Island, South America and the Indus Valley.