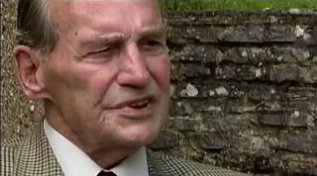 Lord Hill-Norton was Chief of Defence Staff, Ministry of Defence, in Great Britain and later Chairman of the Military Committee of NATO 1974-77. He has said "The evidence that there are objects which have been seen in our atmosphere, and even on terra firma, that cannot be accounted for either as man-made objects or as any physical force or effect known to our scientists, seems to me to be overwhelming. A very large number of sightings have been vouched for by persons whose credentials seem to be unimpeachable. It is striking that so many people have been trained observers, such as police officers and airline or military pilots. Their observations have in many instances ... been supported either by technical means such as radar, or even more convincingly, by ... interference with electrical apparatus of one sort or another." (11)

He stated "If I were free to tell what we've experienced in space, the world would be astounded."

M. Robert Galley, a former French Minister of Defence, has stated; "I must say that if listeners could see for themselves the mass of reports coming in from the airborne gendarmerie, and from the gendarmerie charged with the job of conducting investigations, all of which reports are forwarded by us to the National Centre for Space Studies, then they would see that it is all pretty disturbing. I believe that the attitude of spirit that we must vis-a-vis this phenomenon is an open one, that is to say that it doesn't consist in denying a priori, as our ancestors of previous centuries did deny many things that seem nowadays perfectly elementary." (12) 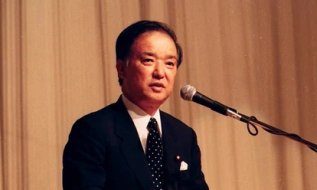 Toshiki Kaifu, a former Prime Minister of stated; "First of all, I told a magazine this past January that, as an underdeveloped country with regards to the UFO problem, Japan had to take into account what should be done about the UFO question, and that we had to spend more time on these matters. In addition, I said that someone had to solve the UFO problem with far reaching vision at the same time. Secondly, I believe it is a reasonable time to take the UFO problem seriously as a reality ... I hope that this Symposium will contribute to peace on Earth from the point of view of outer space, and take the first step toward the international co-operation in the field of UFOs." (14)

Air Marshall Roesmin Nurjadin was Commander-in-Chief of the Indonesian Air Force and has stated; "UFOs sighted in Indonesia are identical with those sighted in other countries. Sometimes they pose a problem for our air defence and once we were obliged to open fire on them." (13) 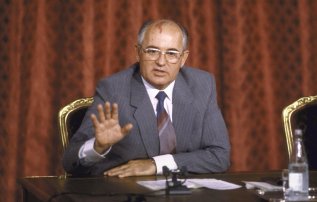 On 26th April 1990, Mikhail Gorbachev, then Soviet President, was being questioned about the UFO phenomenon during a meeting with workers in the Urals. "The phenomenon of UFOs is real" he replied, "and we should approach it seriously and study it." (17)

General Carlos Castro Cavero was a General in the Spanish Air Force and former Commander of Spain's Third Arial Region. He has stated; "I believe that UFOs are spaceships or extraterrestrial craft ... The nations of the world are currently working together in the investigation of the UFO phenomenon. There is an international exchange of data. Maybe when this group of nations acquires more precise and definite information, it will be possible to release the news to the world." (15) 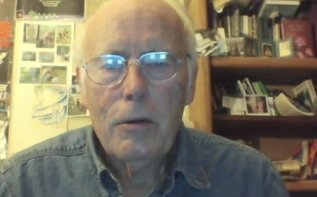 Bruce Maccabee PhD worked at the Air Technical Intelligence Center at Wright Patterson Air Force Base; an alleged home for recovered crash debris of extraterrestrial origin. Maccabee was a colonel in the US Air Force and helped develop the Strategic Defense Initiative (SDI) and later helped found the Fund for UFO Research. In the video below he shares his experience and knowledge of what he believes to be a UFO cover-up. He has also stated; "I believe that UFOs are real and that they are alien in origin. I have established this through my own research and the study of many years of evidence. Photographic cases are often inconclusive and frustrating for the investigator. That final piece of evidence simply may not be available. However, there are sufficient numbers of impressive cases where it can be established with reasonable conviction that some kind of extraordinary craft were photographed. Such evidence provides a case which demands to be answered by the scientific community." (16). In another statement regarding UFOs Maccabee stated "They are here, whoever, wherever they come from, whatever they're doing here, other intelligences are messing around on our planet."

"Based upon unreliable and unscientific surmises as data, the Air Force develops elaborate statistical findings which seem impressive to the uninitiated public unschooled in the fallacies of the statistical method. One must conclude that the highly publicised Air Force pronouncements based upon unsound statistics serve merely to misrepresent the true character of the UFO phenomena." (20).