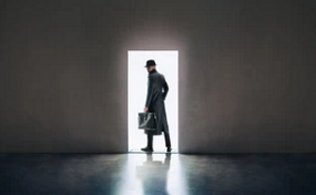 Timothy Good details an incident that occurred in the early hours of 6th November 1967 on a section of the then A338 road between Avon and Sopley, Hampshire. Driver, Karl Farlow, found that the lights on his diesel truck had suddenly failed. He pulled the truck up and noticed a glowing egg shaped UFO some 15 feet wide which moved slowly across the road from the right, moved slowly to the left, then accelerated and disappeared. Shortly before the object disappeared, a Jaguar car approached from the opposite direction and its lights similarly failed, along with its engine. After the incident the driver of the Jaguar suggested they contact the local police who duly arrived. "Mr Farlow was very frightened", Constable Roy Nineham commented. "The most startling part of his report is that his lights failed and came on again when the object he saw disappeared." The witnesses noticed that there were marks on the ground beside the road and that part of the road's surface appeared to have melted. The police escorted Farlow and the other driver to Bournemouth police station where they were interviewed until 04.30hrs.

The following day a man from the Ministry of Defence interviewed them again at Christchurch police station. Later that day Farlow was taken back to the site of the incident by the police in order to collect his belongings from his truck. On arrival he noted a group of people investigating the site with instruments, a bulldozer levelling the ground, and a man repainting the telephone booth that the driver of the jaguar had contacted the police from. A week later, Farlow returned to find that a 200-foot stretch of the road had been completely resurfaced as if to cover all traces of evidence (65).

Following a UFO sighting that was reported in a local newspaper in the late summer of 1974, three of the four witnesses were visited one evening by someone purporting to be a 'man from the Government'. One of the interviewees reported "We were interviewed at length separately [and] were shown different drawings of various types of UFOs ... all the paper work was printed and not type-written ... the papers certainly had codes which didn't mean anything to either of us. We were then told we had seen a UFO. But should not tell or inform the [national] media. He then produced three documents and we each signed saying that we would not. He then put his papers in a black case ... I would prefer if my name was left out of it, as I fear reprisal after signing the document (66)." Good also recounts an interview undertaken in 1981 with a man who claimed to have been working at Heathrow Air Traffic Control in September 1966 when a UFO was allegedly observed early in the morning. Good reports that "all personnel in the control tower saw the object hovering at a low altitude above the airport, at a time when there were no aircraft movements. The UFO was tracked on radar and its speed at departure was clocked art 3000mph. The Ministry of Defence was notified, and investigators allegedly arrived on the scene and told the witnesses that they had 'seen nothing', threatening them with charges under the Official Secrets Act if they revealed the sighting publicly (67)."

Events in the former Soviet Union are equally intriguing. On 18th October 1967 the first meeting of the UFO section of the All-Union Committee on Cosmonautics of the DOSAAF (All-Union Voluntary Society for Co-operation with Army, Navy and Air Force) took place and was attended by 400 people. Of these 400, there was a cosmonaut, eighteen scientists and astronomers and 200 qualified observers stationed throughout the country (68). Retired Soviet Air Force Major-General Porfiri Stolyarov was elected as Chair of the Committee. On learning that there appeared to be numerous top-secret official reports on the UFO phenomena, Stolyarov requested that the Soviet Air Ministry grant the group access to them. He was advised that he could have this access but first had to get the group up and running, however was then denied access to the reports on the grounds that "this is too big a matter and you [Stolyarov] are too small (69)." On 10th November 1967 Stolyarov and the deputy Chair, Dr Felix Zigel, appeared on Moscow Central Television to announce the formation of the committee. They concluded by stating "Unidentified Flying Objects are a very serious subject which we must study fully. We appeal to all viewers to send us details of any observations of strange craft seen over the territories of the Soviet Union. This is a serious challenge to science, and we need the help of all Soviet citizens (70)."

None of this appears remarkable, however subsequent events suggest a sudden change of heart of the Russian authorities. Within a few days of the broadcast the committee met with a flood of letters from the public. However within six weeks, the DOSAAF Central Section of the All-Union Committee of Cosmonautics, chaired by Army General A. L. Getman, adopted and passed a resolution on the dissolution of the UFO Section. None of the members of that Section were invited to the meeting, nor were they ever informed why the decision had been taken (71). A journalist with the Daily Telegraph, John Miller, attempted to talk to Stolyarov about these events and visited the committee's office in the Central House of Aviation and Cosmonautics in Moscow to that end. A secretary advised Miller that Stolyarov was out however an appointment was made for the following day. When Miller duly returned at the agreed time, there was no general, no secretary and the office was completely bare. Miller questioned a Soviet official working in the building about Stolyarov and the committee but was met with a blank "you are imagining things, comrade. Everybody knows that UFOs do not exist (72)."

Such walls of silence are not limited to the former Soviet Union. Nick Pope, former head of Sec(AS)2a, the British Ministry of Defence's UFO investigative arm, tried to make contact with his opposite number in the United States whilst in charge of the Department. "I went through the embassies, which is the usual way to make a 'government-to-government' approach. I contacted the British Embassy in Washington DC and asked them on my behalf to establish contact with my opposite number. The answer came back that since Blue Book had shut down in 1969 "there was no official interest." "Some people will treat that remark with scepticism. I was certainly astonished and very surprised. I didn't accept the answer and attacked the problem the other way round. So I made enquiries with the American Embassy in London. I felt that it was so unlikely that in the whole USA that no one would be 'doing my job' so to speak. I believed that they did not look in the right places. The same answer was relayed from the Embassy - 'no opposite number in the USA.' (73)"

So what was behind this alien conspiracy cover-up? Its roots were probably reflected in the conclusions of the Brookings Report. This report was commissioned by NASA in 1960. It stated that if intelligent or semi-intelligent life were to be discovered in the next twenty years (from 1960) then it would probably be by radio communication (16 years later man, himself, started broadcasting into space). The report also acknowledged that evidence of an alien presence might "be found in artifacts found on the moon or other planets." The report noted that discovery of intelligent life elsewhere could cause civilisations on Earth to collapse, "societies sure of their own place have disintegrated when confronted by a superior society, and others have survived even though changed." The report therefore recommended that the World prepare itself mentally for the discovery of life on other planets. How could it do that? Well what better way than leakage of information and disinformation over a period of time. Perhaps exactly as has been witnessed.

The views expressed in Brooking reflected those of the CIA. As a former official stated: "Government admission that there are beings from outer space could erode the foundations of earth's traditional power structure. Political and legal systems, religions, economic and social institutions could all soon become meaningless in the minds of the public. Civilisation as we now know it could collapse into anarchy. Such extreme conclusions are not necessarily valid, but they probably accurately reflect the fears of the ruling classes of the major nations (74)." So how have the US authorities managed to maintain such secrecy? Undoubtedly one of the ways has been use of the "oath upon inadvertent exposure to classified security data or information which reads as follows:

"I fully understand that my inadvertent exposure to classified security data or information relating to the United States subjects me to the provisions of Title 18, sections 793-798 of the United States Code, inclusive, and, if I am subject to military jurisdiction, provisions of the Uniform Code of Military Justice. I am aware that the punishment for certain of the above references statutes can be imprisonment for any term of years or for life.

I do therefore solemnly swear or affirm that I shall never divulge, publish, or reveal, either by word, conduct or any other means, the content or substance of the classified security data or information of which I have become aware. Only written official notice of specific authorisation will release me from this obligation.

I further understand that no change in my assignment, employment, residence or citizenship will ever release me of my responsibilities under this oath, except as defined above."

As James Goodall of the 133rd Airlift Wing points out, "when you go to work at these locations, you sign away your constitutional rights. You sign a piece of paper saying that if you violate your security agreement and you discuss programmes that you are working on; without trial, without right of appeal, you're going to go to [a] Federal Penitentiary for 20 years. That's a real big incentive to keep your mouth shut (75)." A clue to exactly what people had to keep their mouth shut about was provided by former astronaut Edgar Mitchell when he appeared on the Oprah Winfrey show in 1991 along with a number of other Apollo astronauts. He stated then, "I do believe that there is a lot more known about extra-terrestrial investigation than is available to the public right now [and] has been for a long time." When asked to expand upon this he stated "It's a long, long story. It goes back to World War II when all of that happened, and [it is] highly classified stuff (76)." Highly classified, but intriguing insofar as it uncovers a different slant to our real post-war history.