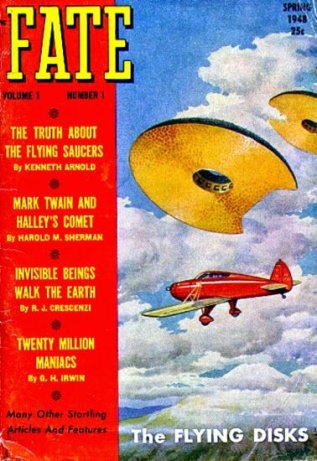 Certainly Brown's wife Velma was suspicious, stating in a letter to Kenneth Arnold "I have never thought Frank's death was an accident." However there is no available supporting evidence of sabotage. These 'co-incidences' become even more suspicious when linked to the firing of the Ray Palmer, editor of Amazing Stories, the publication that had initiated the Maury Island Investigation. This editor had even increased the magazine's circulation from 80,000 to 130,000, making his sacking even more of a puzzle. He went on to found Fate magazine with Curtis Fuller and published early accounts of UFO sightings including those of Kenneth Arnold. Ted Morello, the United Press stringer at Tacoma was also dead within months (15). Then, on 2nd August 1947 Arnold decided to fly home, however less than 200 feet above the ground, his engine stopped. It was due to Arnold's skills as an experienced pilot that allowed him to bring the plane down safely. Later inspection revealed that his plane had been sabotaged by someone turning off the fuel line valve (16).

Edward J. Ruppelt, who later headed up Project Bluebook in 1951, considered the flying saucer aspect of this story a hoax (17) as did Edward Condon's Scientific Study of Unidentified Flying Objects which was similarly dismissive referring to it as a hoax three times (18). However the Director of the FBI was not so readily dismissive. In a teletype of 14th August 1947 J. Edgar Hoover (below) stated "It would also appear that Dahl and Crisman did not admit the hoax to army officers." (19) 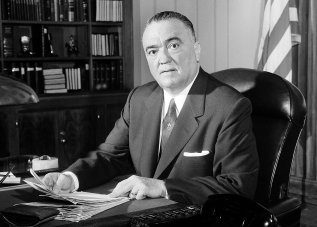 FBI Special Agent George Wilcox advised Hoover: "Please be advised that Dahl did not admit to Brown [Army Corps Officer] that his story was a hoax but only stated that if questioned by authorities he was going to say it was a hoax because he did not want any further trouble over the matter. (20)" Fred Crisman, himself, not only didn't admit to it being a hoax, but in the January 1950 issue of Fate magazine he called such accusations of a hoax as being a "bare faced lie." (21) Ray Palmer didn't believe it to be a hoax either. He published the case in FATE, vol. 1. No. 1 in 1948 (above), then in The Coming of the Saucers in 1952 and again in The Real UFO Invasion in 1967. Arnold concluded in 1980 that the incident was not a hoax either and at the First International UFO Congress in Chicago, Arnold discussed the Maury Island incident at length (22). Following the event, the Army Air Corps Intelligence Officer at Hamilton Field, Lt. Colonel Donald Springer, made the following recommendation in respect of Crisman in a report dated 18th August 1947, "That in view of the reported statements made by Mr. Crisman that consideration be given to revoke his Air Reserve commission and flying status as an undesirable and unreliable officer." (23) This recommendation was not followed as history records that Crisman served thirty months flying during the Korean War (1950-53) (24). So what was going on at Maury Island?

The object in the sky was certainly a UFO at the time, but there is no evidence to conclude it was an extraterrestrial one. The slag fragments dropped by the 'UFO' were identified by experts as smelter refuse. Arnold also confirmed the light metal material was only aircraft alloy, however one detail puzzled him. "There was only one unusual thing about this white metal that made us stop and wonder. On one piece that Crisman handed us we could plainly see that two parts of it had been riveted. I had never seen that type of rivet used in aircraft manufacture." The rivet in question was square. All aircraft rivets were round. Yet at the time, scientists from Germany were entering the US as part of a relocation programme (of which more later) bringing with them alternative advanced aircraft designs and technology. As later chapters will detail, the US Navy was at the forefront of developing these craft with the German scientists, craft that appeared to resemble the popular conception of UFOs. 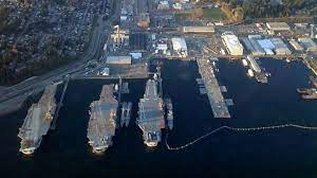 And the Navy certainly had a presence in the area, with a Naval Air Station on Whidbey Island, another station at Everett, a submarine base at Bangor and a Naval shipyard at Puget Sound (above). Originally established in 1891 as a Naval Station, this base built new ships during WWI and following WWII the shipyard was engaged in an extensive programme of modernising carriers. The shipyard itself is located on the west side of Puget Sound, thirty miles from Tacoma and within miles of the McChord Air Force Base. By 1965, the shipyard had been confirmed as having a nuclear capability. It is likely, however, that it had this capability much earlier, for history also records that in Washington State there is one of the oldest nuclear processing facilities in the world. In fact, just one month after Enrico and his team conducted the first controlled nuclear chain reaction, the leaders of the top secret Manhattan Project chose to build the world's first, full scale plutonium production plants near the farming village of Hanford in Southeast Washington.

Thirty months later, Hanford produced the plutonium used for the world's first nuclear detonation. At this Hanford Plant plutonium was manufactured for the Nagasaki Fat man bomb and for many years during the Cold War weapons-grade material was produced there for America's nuclear arsenal. It is not improbable that the military had been dumping illegal radioactive waste from Hanford facility on Maury Island. (This would also account for Dahl's film being foggy; as radioactivity has this effect on photographic materials) and the burns on Dahl's son's arm. It is also now known that Fred Crisman himself was no lowly harbour master nor salvage collector. As Anthony Kimery, publisher and former organised crime investigator in Washington DC commented, Crisman "knew a lot more about the aircraft [witnesses] saw than he admitted - aircraft some intelligence sources believe were hybrids of those designed early that decade by Nazi engineers who were brought to the US under Project Paperclip." In fact, Crisman both had strong CIA connections and was later indicted for the assassination of President Kennedy, of which more later.

This mixture of German scientists, CIA, FBI, UFOs, sabotage, deception, fantasy and fact make for the delicious but lethal cocktail known as the post-war UFO phenomenon. What is known without doubt, however, is that no-one really had any idea what was going on.