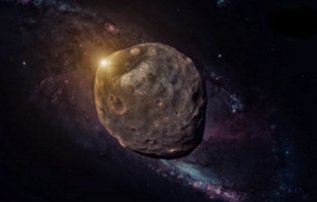 Each vehicle carried a lander designed to set down on Phobos' surface and then use its spring-loaded legs to move about the moon's surface to make chemical, magnetic and gravity observations at different locations (4). The mission, however, was not a success. Phobos 1 operated until controllers lost contact with it on 2nd September 1988 within just two months of takeoff. This followed a routine software upload, during which an erroneous command apparently deactivated the attitude control thrusters resulting in the spacecraft orienting the solar arrays away from the sun thus depleting the batteries. Phobos 1 was never to reach Martian orbit. However Phobos 2 (below) did, but not without courting a controversy that still rages today. This sister craft entered Martian orbit on 29th January 1989, however no further word was received from the Soviet space programme until 24th February 1989 when the Associated Press reported that Phobos 2 was approaching Phobos itself (5). Then, on 28th March 1989, the Soviet Mission Control Centre acknowledged there had been communications problems with the spacecraft. Tass, then the official Soviet News Agency, reported that "Phobos 2 had failed to communicate with Earth as scheduled after completing an operation yesterday around the Martian moon Phobos. Scientists at mission control have been unable to establish stable radio contact (6)." And so the matter should have ended there, for Phobos was by no means the first failure of the space programme, especially from the Russians who had been forced to bear witness (if not to issue acknowledgement) to many other such disappointments. 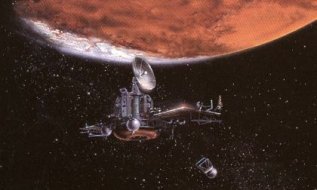 Yet the matter did not end there, for over the following months, many of the international participants in the programme pressed the Soviets to provide further data about the loss of the craft. As a result of these representations the Soviets finally released a taped television transmission sent by Phobos 2 in its last moments except for the last few frames. The Soviets did not deny these final frames existed, but they gave no explanation for withholding them, only confirming that they had done so. The television sequence released was shown on some television stations in Europe and Canada. The sequence focused on the anomalies of a network of straight lines in the area of the Martian equator; some of the lines were short, some were longer, some thin, others wide enough to resemble rectangular shapes 'embossed' on the Martian surface. Arranged in rows parallel to each other, the pattern covered an area of more than two hundred and thirty square miles.

The television clip was accompanied by live commentary from Dr John Becklake of the Science Museum in London, England. He described the phenomenon as puzzling, because the pattern was photographed not with the spacecraft's optical camera, but with an infrared camera. (A camera taking pictures using the heat they radiate rather than their physical appearance.) This appeared to mirror the formation observed by mariner 9. (This formation and that observed by Phobos 2, could, of course, have been a natural formation generated by some form of heat radiation.) Dr. Becklake of the Science Museum was asked for an opinion on what the structure seen on the released Phobos frames could be, could only conclude "I certainly don't know (7)." According to Boris Bolitsky, science correspondent for Radio Moscow, just before radio contact was lost with Phobos 2, several unusual images were radioed back to Earth, described by the Russian as 'quite remarkable features.' A report taken from New Scientist described the following: "The features are either on the Martian surface or in the lower atmosphere. The features are between 20 and 25 kilometres wide and do not resemble any known geological formation. They are spindle-shaped and proving to be intriguing and puzzling (8)." 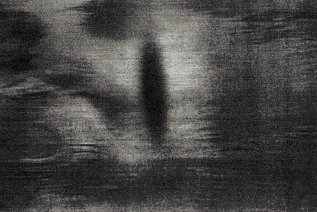 The probe Phobos also witnessed other apparently anomalous phenomena. A thin shadow across the surface of Mars was shown on the Russian television sequence from Phobos. Some scientists claim that this is merely the shadow of Phobos itself, however the shadow bears no comparison to an earlier shadow of Phobos on the Martian surface photographed by Mariner 9. The Mariner photograph showed a shadow that was a rounded ellipse and fuzzy at the edges whereas the Phobos 2 picture was of a thin ellipse with sharp rather than rounded points and stood out fairly sharply over the surface. Dr. Becklake described it as being "something that is between the spacecraft and Mars, because we can see the Martian surface below it." He also noted that both the optical and infrared camera had observed the object. 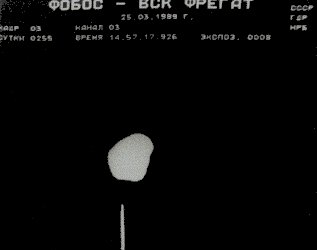 Something curious appeared to be happening around Mars. The Soviet Newspaper Isvestia reported on 16th April 1989; "Three days before the accident [loss of Phobos 2], the star sensor of the Phobos II probe registered in the field of observation an unknown object of considerable dimensions (9)." Dr Becklake also noted "as the last picture was halfway through, they [the Soviet's] saw something that should not have been there (10)." He added the Soviets "have not yet released this picture and we won't speculate on what it shows." Becklake didn't have to speculate for long as the missing picture from Phobos 2 was later smuggled out of the then USSR and made public at a conference in 1991. It was already known that the missing picture would be of interest as the Chairman of the Soviet equivalent of NASA had previously advised Aviation Week and Space Technology "one image appears to include an odd-shaped object between the spacecraft and Mars." This frame from Phobos 2 was given to the western press by Colonel Dr. Marina Popovich, a Russian astronaut and pilot. It appears to show a large cylindrical object some 20km long and some 1.5km wide. The frame itself was taken on 25th March 1989.