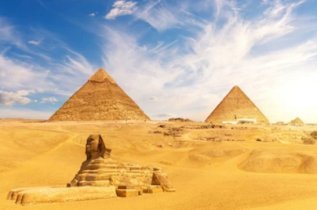 But West wasn't prepared to be dismissed so easily. By the 1980s he had interested a respected geologist from the University of Boston, a Dr. Robert Schoch. Schoch was a highly respected stratigrapher (a geologist who studies layers of rock) and palaeontologist and author of four published books.Schoch explains his involvement. "I grudgingly got involved in the whole controversy as a favour to a couple of fellow academics at Boston. I was persuaded to get involved by Robert Eddy, Professor of Rhetoric at Boston, and an old friend of West. I was told West wanted an 'open minded' geologist to help explore his theory. I heard West out, but did not think there was much chance he was correct in suggesting that the Sphinx was older than its standard attribution - until I got to Egypt." (6)

Schoch carried out a clinical assessment of West's claims and was mindful of suggestions that if the erosion was indeed caused by water, then this could be attributed to more recent flooding of the Nile, and therefore no earlier redating was required. Even though Domingo had demonstrated that the Sphinx was not a portrait of Chephren (apparently destroying Lehner's last argument), the matter did not rest. The American Association for the Advancement of Science scheduled a session to debate the issue at its annual general meeting in Chicago on 7th February 1992. Lehner attended along with geologist K. Lal Gauri of the University of Louisville, who had also studied the Sphinx for many years. West also attended and presented his arguments. (17) Once again, the water erosion findings were endorsed even though Egyptologists themselves could not bring themselves to accept the implications of this endorsement. The AAAS meeting broke up in words that, according to the New York Times "skated on the icy edge of scientific politeness" (18) 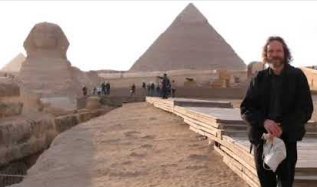 Schoch (above) was taken back by the strength of feeling regarding his claims, which he considered were based on science rather than a belief in some form of Egyptian 'Order'. "When I first became interested in the dating of the Sphinx," he commented, "a friend who had lived in Egypt for several years warned me that I might run into such hostility. At first I was incredulous, but now I tend to think he may have been correct." (19) Schoch, of course, was not the first scientist to run foul of Egyptologists. As Germer wrote in 1986, "In the past, co-operation between the natural sciences and Egyptology has not necessarily been successful in every case. The Egyptologist is initially suspicious; he often rejects out of hand, and is unwilling to work with scientific data. He believes that he can do better with his own methodology." (20)

After the controversy subsided, West spent the next eighteen months producing a documentary for television that attracted thirty million viewers when it aired in the United States on 10th November 1993. (Broadcast on the NBC network at 9:00 PM EST. The documentary won a 1993 Emmy award for Best Research and a nomination for Best Documentary.) Although the arguments did not stop entirely, with papers still being issued on a regular basis, it does appear that West and Schoch had won the academic debate that the Sphinx should be redated to a much earlier age. (21) So if the monument was constructed before the Egyptian civilisation, who did build it, and who were they? This is the one major argument against the earlier dating that Schoch cannot answer, however he does not see it as his problem to answer; he is a geologist not an historian. He rightly sees that as a problem for others. 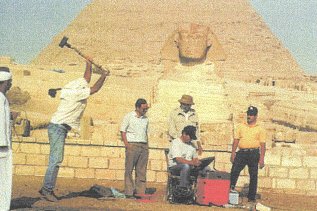 It seems obvious to look for clues as to who these lost people were on the Giza plateau itself. Yet the area had been overrun with researchers, robbers and excavators for hundreds of years so presumably nothing new could now turn up. However geologists have recently developed a technique that could lead to previously hidden features being discovered. This 'new' method is used by geologists for studying deeper layers of rock. A metal plate is struck with a sledge-hammer; the vibrations go down through the rock and are reflected back by various strata. These echoes are then picked up by 'geophones' placed at intervals along the ground and a computer later interprets their data. (22)

Using this method, John West's geo-physicist, Thomas L Dobecki, noted that under the front paws of the Sphinx there appeared to be some form of underground chamber, possibly more than one. This aroused considerable excitement for legend has it that chambers under the Sphinx hold ancient secrets. So what did the Giza Plateau authorities do with this information? They immediately announced that further excavations would be delayed, not by months but for years. However, perhaps not too much should be read into this. An early photograph taken in 1926 showed a man standing at the entrance to a passageway leading into the Sphinx, although there is no record of any findings and the entrance was subsequently sealed with new blocks. Another passage found in 1987 yielded no more than some shoes and an early 20th Century newspaper. (23) Yet the knowledge that The Great Sphinx actually does contain secret passages and chambers means that at some point in the future we may discover clues to a hidden past.

One outcome of the Schoch and West investigation and the inevitable conclusion that a forgotten people predating the Ancient Egyptians had built the Sphinx, was to refocus attention on the Egyptian Pyramids for it seemed unlikely that the giant statue would have been constructed in isolation, indeed the monument almost appears to be protecting the Giza plateau. Perhaps, then, the Ancient Egyptian Pyramids could provide some clues about the lost people who had constructed the Sphinx and then disappeared from history.