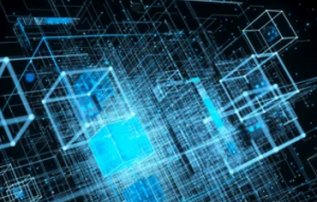 Lord Sphere tries to explain that he comes from another world called Spaceland, where all objects have three dimensions, however Mr Square stubbornly refuses to believe that a third dimension can exist. Eventually Lord Sphere peels Mr Square off Flatland and throws him into Spaceland. The flat Mr Square drifts in the third dimension like a sheet of paper in the wind, and as he can only visualise two dimensional slices of three dimensional objects, he views a world where objects change shape and even appear and disappear into thin air. On returning to Flatland he tells his fellow Flatworlders of his adventure, but is considered mad and thrown into prison, condemned to spend the rest of his days in solitary confinement. This image assists in recognising the difficulties we might face should we travel through a higher dimension, and, should others be travelling to us in these higher dimensions, it explains how some UFO reports appear to come out of nowhere or travel large distances in the blink of an eye. (Perhaps they are not travelling, but disappearing and reappearing, with our eyes tricking us into believing they have travelled in a line.)

An English mathematician, Charles Howard Hinton (who, like Einstein also worked in a patent office) spent most of his adult life obsessed with this notion of other dimensions (8). Hinton developed a number of methods by which the average person could 'see' four-dimensional objects, and eventually he perfected special cubes that could allow others to visualise hypercubes (cubes in four dimensions.) These became known as Hinton's cubes (Hinton himself also coined the official name for an unravelled hypercube; a 'tesseract') Michio Kaku in his excellent book, Hyperspace explains the function of the cubes. "As an analogy, take a three-dimensional cube. Although a Flatlander cannot visualise a cube in its entirety, it is possible for us to unravel the cube in three dimensions, so that we have a series of six squares making a cross. Of course, a Flatlander cannot reassemble the squares to make a cube. In the second dimension, the joints between each square are rigid and cannot be moved. However these joints are easy to bend in the third dimension.

A Flatlander witnessing this event would see the squares disappear, leaving only one square in his universe. "Likewise, a hypercube in four dimensions cannot be visualised. But one can unravel a hypercube into its lower components, which are ordinary three-dimensional cubes. These cubes, in turn, can be arranged in a three-dimensional cross - a tesseract. It is impossible for us to visualise how to wrap up these cubes to form a hypercube. However a higher-dimensional person can 'lift' each cube off our universe and then wrap up the cube to form a hypercube. (Our three dimensional eyes, witnessing this spectacular event, would only see the other cubes disappear leaving only one cube in our universe." (9)

This concept inspired Salvadore Dali when he painted his famous Christus Hypercubus, which is on display at the Metropolitan Museum of art in New York. The painting depicts Christ being crucified on a four-dimensional cross. Hinton also found another way of visualising higher dimensional objects; by looking at the shadows they cast in the lower dimensions. For example, a Flatlander can visualise a cube by looking at it's two-dimensional shadow: a cube looks like two squares joined together. Similarly a hypercube's shadow cast in the third dimension becomes a cube within a cube and, if rotated in four dimensions, executes motions that would appear impossible to our three-dimensional brains. So do these higher dimensions actually exist?

According to accepted science they do, however "the suggestion is that the other dimensions are curved up into a space of very small size, something like a million million million million millionth of an inch. if this picture is correct, it spells bad news for would-be space travellers: the extra dimensions would be far too small to allow a spaceship through." (10) Another possible method that has been muted for getting around the universe is that of time travel. Probably few other concepts have generated so many theories, paradoxes and improvable ideas. Take for example the story 'All You Zombies by author Robert Heinlein. In this story, a young orphan girl, Jane, is made pregnant by a traveller (later revealed as a time traveller), the baby is born and placed for adoption, but as a result of complications during the birth (when the girl is noted to have both sets of sex organs), she has sex-change operation making her into a man. Shortly afterwards, the baby is snatched from the hospital, and it's 'mother', now a man, drops out of society and becomes a vagrant. Seven years later he stumbles into a pub and becomes friendly with the bartender who offers him the opportunity to avenge the original traveller who ruined 'his' life. There was one condition however, he had to join the 'time travel corps.' The pair then go back in time to 1963, the vagrant seduces the young orphan Jane and makes her pregnant before disappearing. The bartender then travels forward in time nine months, snatches the baby from the hospital, travels back in time to 1945, when the baby is left at the orphanage, then the vagrant travels forward to 1985 where he joins the recently created time travel corps.

Jane the time traveller, distinguishes 'himself' in the corps, and eventually becomes a highly respected bartender, opens his own place in 1970 and shortly afterwards persuades a young vagrant to join the time travel corps. (11) Confused? Probably. Yet the story violates no known laws of physics, although the biology (and processes) involved are somewhat dubious. The story highlights potential problems with time travel with many paradoxes being offered as arguments that it could not happen. For example, the traveller who goes back in time and kills his grandfather before the grandfather meets the traveller's grandmother. The traveller would therefore not have been born, so could not have travelled back, so could not have killed his grandfather, who would then have gone on to meet his grandmother, so he would have existed after all meaning he could have travelled back etc.