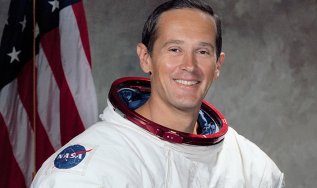 Similarly Charlie Duke, one of the Apollo 16 astronauts, did not make reference to any strange phenomena. Duke landed the lunar module 'Orion' on the moon's surface on 20th April 1972. As the tenth man to walk on the moon, Duke has since become absorbed by religion. He claims he woke up one evening and felt a strong presence in his room. Duke stated "I felt a hand on my shoulder pulling me out of bed. I got up and knelt down, and my hands went up to surrender to God. The Lord Jesus exploded into my life." Duke went on to work as a full time evangelist, fundamentalist minister and faith healer. He ceased believing in evolution, having convinced himself that the Earth was created in six days. 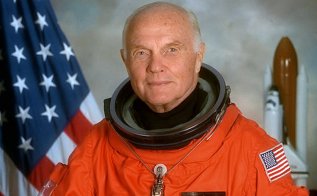 AJohn Glenn was the first American in Space, flying on the Mercury 6 mission. A Bachelor of Science in engineering from Muskingum College, Glenn has also earned the distinction of being the oldest man in space. As noted in an earlier chapter, when on the Mercury 6 mission Glenn witnessed thousands of greenish-yellow "fireflies." He is on record as stating he believed "certain reports of flying saucers to be legitimate." 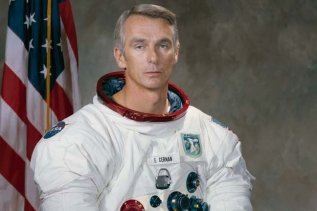 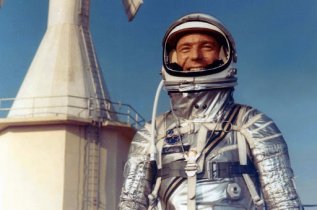 Scott Carpenter, a Bachelor of Science in aeronautical engineering from the University of Colorado flew on the Mercury 7 mission of 24th May 1962. He is reported as stating "At no time, when the astronauts were in space, were they alone; there was a constant surveillance by UFOs. 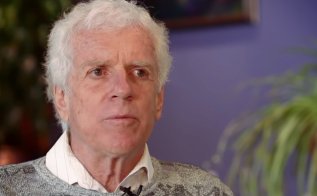 Brian O'Leary Ph.D., is a former Apollo scientist-astronaut and Princeton University Physics Department Faculty Member. On 18th September 1994, he made the following declaration at the International Forum on New Science in Fort Collins, Colorado. "For nearly 50 years, the secrecy apparatus within the United States Government has kept from the public UFO and alien contact information." He confirmed "we have contact with alien cultures." O'Leary believes "the suppression of UFO and other extraterrestrial intelligence information for at least 47 years is probably being orchestrated by an elite band of men in the CIA, NSA, DIA and their like. This small group appears to keep these already-hard-to-believe secrets very well. Those who have investigated this hydra-headed beast believe that the Cosmic Watergate of UFO, alien, mind-control, genetic engineering, free-energy, anti-gravity propulsion and other secrets will make Watergate or Irangate appear to be kindergarten exercises." O'Leary has also stated on record, "What I do know from my own experience, and from scientific investigations and experiments is that UFO phenomena and a range of other events are part of our reality as incredible as they may seem."

General Lionel M Chassin was Commanding General of the French Air Forces and General Air Defence Co-ordinator of the Allied Forces of NATO. He is on record as stating "The number of thoughtful, intelligent, educated people in full possession of their faculties who have 'seen something' and described it, grows every day ... We can ... say categorically that mysterious objects have indeed appeared and continue to appear in the sky that surrounds us." (9) 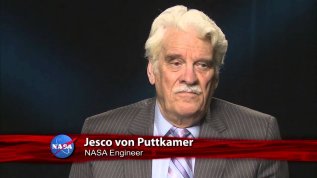 Professor Jesco Freiherr von Puttkamer was a former senior Staff Scientist at the Office of Advanced Programmes of Space Flight, NASA. When asked, "what is the official opinion of UFOs? Do you accept the idea that UFOs exist?" Hereplied, "No doubt. No doubt." (8) He did not however, believe that UFOs were of extraterrestrial origin.