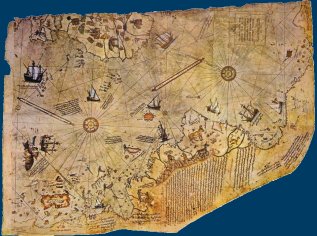 George Adams, the brother of 'Bull' Adams who had made the original find, delivered another body blow. He had cashed in on the interest generated in the tracks by selling what were supposedly individual blocks with 'mantracks' on them. However, Adams later admitted that he had created these blocks himself. Adam's nephew Wayland once even told a group of creationist researchers how his uncle created the 'tracks'. He advised that his uncle would start with a suitably sized block already containing a depression (making the job easier), and then carve in the human features (31). Unfortunately Uncle George was a pretty poor carver and of the tracks he is known to have carved, all show serious anatomic errors, including misplaced ball and arch, and badly shapen toes. Dr. Don Patton, a latter-day proponent of the mantracks (below), then entered the dying controversy. One additional argument that had been proposed to discredit the mantrack claims was that no-man could possibly have a footprint 15" long. "Not so," Patton decreed noting that James Donaldson, a Dallas football player has a foot some 3 inches longer than the Burdick track, (supposedly making his foot over 18 inches long.)

Unfortunately Patton had got his facts a little confused. He actually meant James Donalson, a Dallas Mavericks basketball player whose shoe size is an 18, rather than his foot being 18 inches long. Today, most people have accepted that the man-tracks are, in fact, a variety of misidentified phenomena. Some are forms of 'metatarsal' dinosaur tracks - tracks made by dinosaurs, which at times made elongated prints by impressing their soles and heels as they walked rather than walking on their toes only. Other marks are erosional features and indistinct markings of uncertain origin. The other artefacts found at the site can be similarly explained. The infamous human tooth actually turned out to be a tooth from a fish. This was announced in the rather uncharitably entitled article Creationist's "Glen Rose Man" Proves to be a Fish Tooth (As Expected) (32). The trilobite cannot be confirmed as having come from Paluxy and the hammer again cannot be related to anything. The mantracks at Paluxy do not provide evidence that man co-existed with dinosaurs however the other anomalies such as the Piri Reis map, the Ica stones and pictures of toxodons cannot be so easily dismissed.

However, all such accounts of pre-historic artefacts should be treated with some caution, particularly as the actual artefacts themselves are rarely available for scientific inspection; the researcher has to rely on the reports of others and anecdotal evidence. Such dangers are readily evident in the 'discovery' of ancient electric disks high in the Tibetan Mountains. According to the German Review Das Vegetarishe Universum, a Chinese archaeologist Chi Pu Tei discovered a series of graves arranged in rows in caves in the Bayan Kara Uula Mountains on the Chinese-Tibet borders in 1938. 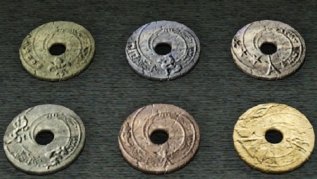 The cave walls were apparently decorated with figures in round helmets and the Sun, Moon and stars linked together by groups of small dots. In these graves Chi Pu Tei and his assistants discovered 716 stone discs with drawings and indecipherable hieroglyphics which appeared to be thousands of years old. The discs had a hole in the centre (like a gramophone record) from which a double groove traces out a spiral to the circumference. They were not sound tracks but a kind of writing. "When finally freed of all incrustacians the discs were sent to Moscow where it was found that they contained large amounts of cobalt and that they were rhythmically pulsating as though they had electrical charges in them." (33) The graves were also something of a puzzle in their own right as Chi Pu Tei stated that they contained the skeletons of beings with delicate frames and large skulls. An account of the discovery was made known to the world in 1967 by Dr. Zaitsev, an apparent Soviet philologist, in the periodical Sputnik. Dr. Zaitsev described how, after twenty years study, a Chinese scientist called Tsum Um Nui and four colleagues had succeeded in deciphering the mysterious script on the stone discs. According to Zaitsev, the story that emerged was so shattering that its release was banned by the then Peking Academy of PreHistory until 1963.

Information gleaned from the deciphered discs stated that a group of alien beings had crash-landed on Earth 12,000 years ago and had neither sufficient power to take off again nor the means to build an alternative craft. They tried to forge relationships with the local inhabitants, however these people proved hostile and some aliens were killed. The remaining visitors hid in the nearby caves. The few that survived left traces of their DNA in two of the local tribes, the 'Kam' and 'Dropa', tribes who are described as small and lightly built. This story appears intriguing, however what appears historic fact becomes decidedly fanciful when the author of the book where this account first surfaced is mentioned. Erich Von Daniken. Yes, the discs are there but little else is based on fact. Daniken quotes his source for this story as a conversation in Moscow in 1968 with Soviet writer Aleksandr Kazantsev and records that the discs themselves and the documentation of their discovery is preserved at the then Peking Academy of Prehistory and the Chinese Academy of Sciences at T'ai-Pei in Taiwan.

However over a period of four years, a journalist and expert in linguistics and anthropology, Gordon Creighton, studied the claims made, and on making further enquiries, drew numerous blanks. Firstly he approached the scientific academies in both T'ai-Pei and Peking for information, however received no response to his enquiries. He then approached a number of Chinese academics for information, but none of them had even heard of the story. Then he contacted the Soviet writer who had given the story to Von Daniken to check whether he had given Von Daniken an accurate account. However the response was not as expected; far from giving Von Daniken the story, Aleksandr Kazantsev stated that Von Daniken had given it to him. Then the name Tsum Um Nui came in for scrutiny, for not only are the words 'Tsum' 'Um' and 'Nui' not monosyllables used in the transliteration of the standard spoken Chinese, but the person himself has remained unidentifiable, as has the alleged archaeologist who discovered the grave site, Chi Pu Tei.

Then the claims that the descendant from the aliens were frail and weak, were realised to be also untrue when it was noted that the 'Kams' are known as marauding bandits who are held in fear by their neighbours. (Indeed the men of Kam provided the bodyguard to the Tibetan Dalai Lama when he fled from the Chinese invasion.) The Dropa are also described as being a rugged and ferocious people (34). Claims of alien artefacts litter popular history. Project Blue Book, the official US investigation into the UFO and alien phenomena was regularly sent items of purportedly extraterrestrial origin until it was closed down in 1969.Major Hector Quintanella, one-time head of Project Blue Book, would pose such items, amongst them were ordinary radio parts and buckwheat pancakes. Yet despite the myths and the hoaxes, there does appear to be clear evidence that some form of intelligent life roamed the planet in our prehistory. It may be safer, however to confirm a view that this is verifiable fact by looking at some more recent evidence.

(24)   Sinclair, W.J. Recent Investigations Bearing On The Question Of the Occurrence Of Neocene Man In The Auriferous Gravels of Sierra Nevada pp117-118, University of California Publications in American Archaeology and Ethnology 1908.

(25)   Becker, G F Antiquities from under the Tuolumne Table Mountain in California pp192-193 in 'Bulletin of the Geographical Society of America' 1891.

(27)    Sinclair, W. J., Recent Investigations Bearing On The Question of the Occurrence of Neocene Man in the Auriferous Gravels of Sierra Nevada pp. 107-131, University of California Publications in American Archaeology and Ethnology, Vol. 7, No. 2, 1908.