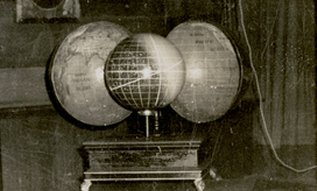 However, the tunnels themselves are real, and similar underground passageways have also been found in Europe. Malcolm W Browne in his article Underground Tunnels Threaten Town In Hungary's Wine Country refers to over sixty miles of ancient tunnel systems of unknown origin and purpose which have been discovered beneath the town of Eger, Hungary, some of which have collapsed (37). Amazing Stories magazine of October 1947 contained the following letter: "Sirs ...I don't know whether you are familiar with the Big Bend or not, but there is no more wild or desolate area in the country. Rugged mountains, cut by canyons, there are innumerable parts of it which have never known the foot of man. ...Finlay [a friend of the letter's author] spotted a mountain lion ... they managed to keep him in sight ... the lion, however, started up a faint trail up one side of the canyon to a small cave they could see about a hundred feet from the floor of the canyon. They followed him up this trail, but when they got to the cave - there was no lion! ... In the rear [of the cave] was a perfectly round hole ... they approached the hole and peered down into it. It was perfectly round - also it was about four or five feet in diameter. They couldn't see very far down it, but it appeared to descend rather sharply and at a steady gradient.

"The fellows gathered some dry grass from the canyon floor and made some torches. The incline of the bore was too steep for them to climb down so they tossed the torches down it. They just slid down further and further and disappeared into the gloom. They never did see or hear of the lion again. At first they thought they had stumbled into some old Spanish mine workings. But there was no sign anywhere of a dump that always goes with a mine. By all rights there should have been some sign of the earth and rock that had come out of that hole - but there wasn't. When they inspected the hole itself more closely, they were amazed at its symmetry and at the consistency of the section of the bore as far as they could see down into it. The fact that the bore was perfectly round puzzled them, too. If it was a mine shaft, it most certainly wouldn't have been round, but instead would have been flat on the bottom. The fact that the shaft extended straight and unwavering as a rigid pipe was cause for further amazement. Since the fellows had no rope with them, which would have been needed to descend the shaft, as well as lights, they scratched their heads awhile and then left. Finlay wanted to go back with equipment ... but ranchers are busy people and he never went back." (38) 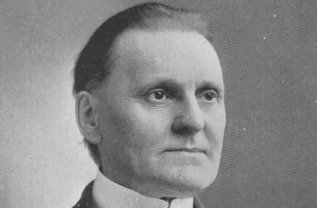 A major advocate that the Earth is hollow, thus that these tunnels led to an 'inner world' was Cyrus Teed. Teed (above) came to this conclusion shortly after the American civil war when he claimed to have had a vision, "the earth is a hollow sphere, and we live inside it. Everything in the universe is in here with us - planets, comets, stars - everything. What's outside the sphere? Nothing." (39) Teed explored this idea in a book entitled The Cellular Cosmogony, or, the Earth a Conclave Sphere which he wrote under the pseudonym 'Koresh'. According to Teed, the known world is on the concave, inner surface of a sphere, outside of which there is only a void. At the centre of the sphere, the rotating sun, half dark and half light, gives an illusion of rising and setting. The Moon is a reflection of the Earth's surface; the stars and planets reflect from metallic planes on the Earth's concave surface.

The vast internal cavity is filled with a dense atmosphere that makes it impossible to see across the globe to the lands and peoples on the other side (40). Teed also argued that there is no such thing as gravity; our feet are kept on the ground by centrifugal force. As bizarre as it sounds, Teed's proposal could not be refuted mathematically. Indeed he offered a $10,000 reward to anyone who could prove him wrong, but found no-one able to do so. (The trick is done by inversion, a mathematical transformation that lets a mathematician turn a shape inside out.) 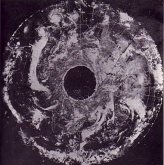 Clearly, Teed's theories were hopelessly wrong. However the concept of a Hollow Earth continued to attract a following, with a 'photograph' (above) taken by the ESSA-7 satellite on 23rd November 1968 giving new impetus to the idea. This 'photograph' billed, as 'the most remarkable photograph ever taken' (41) was considered by the hollow earth theorists to be incontrovertible proof that the Earth is indeed hollow apparently showing a massive 'hole as the pole.' However, the picture was not all it appeared, for the 'photograph' was actually a mosaic of television images taken during a twenty-four hour period at differing points along the satellite's orbit. The images were later processed by computer and reassembled to form a composite view of Earth as if seen from a single point directly over the North Pole. During this time the regions near the Pole were shrouded by the continuous darkness of the arctic winter, thus the unlighted area around the pole.

Yet the Hollow Earth believers, and yes they still do exist, continue to present evidence which, in their view supports the theory. Unfortunately it appears possible to mathematically prove the Earth is indeed hollow (even though it is not) and this has been seized upon by many to support various hollow Earth theories. Indeed a search for Hollow Earth in any major search engine will throw up hundreds of sites that support this proposition. Even NASA photographs of the planet are used as evidence of openings to the hollow earth at the poles.

However, easy as the Hollow Earth theory is to dismiss, there are some notable reservations. For example Admiral Richard E. Byrd of the United States Navy flew to the North Pole in 1926 and over the South Pole in 1929. In his diary, he tells of entering the hollow interior of the Earth, along with others and travelling 17 miles over mountains, lakes, rivers, green vegetation, and animal life. He tells of seeing tremendous animals, resembling the mammoths of antiquity moving, through the brush. He eventually found cities and a thriving civilization. The external temperature was 74 degrees F. His airplane was greeted by flying machines of a type he had never seen before. They escorted him to a safe landing area where he was graciously greeted by emissaries from Agartha. After resting, he and his crew, were taken to meet the king and queen of Agartha. They told him that he had been allowed to enter Agartha because of his high moral and ethical character. They went on to say that they worried about the safety of planet due to he bombs and other testing done above the surface by governments. After the visit Byrd and his crew were guided back to the surface of the planet.

Was Admiral Byrd a madman? Not according to the United States Government who put him in charge of Operation Highjump, a major military operation to Antarctica shortly after the end of the Second World War. Okay, now back to our search for the missing civilisation. Given that there is no obvious location for the missing civilisation - either on the Earth or in it (!) - some researchers have suggested that all evidence has been wiped out by a natural disaster than befell the world in prehistory. Indeed the great flood of the Bible is even cited as one of the consequences of this disaster and a find in the frozen wastelands of Siberia at the turn of the Twentieth Century provides tantalising clues as to what may have happened.

(27) McLean, Roger F., 1964, A Regional Study of the Distribution, Forms, Processes, and rates of Mechanical and Biological Erosion of a Carbonate Clastic Rock in the Littoral Zone. Unpublished Ph.D. dissertation, McGill University.

(29) Strasser, A., and Davaud, E., 1986, Formation of Holocene Limestone Sequences by Progradation, Cementation and Erosion; Two Examples from the Bahamas Journal of Sedimentary Petrology, Vole 56 No 3 p 422-428

The three features are unconnected at the southwest end; scattered blocks are present there but do not form a well-defined linear feature connecting the seaward, middle and shoreward features.

No evidence exists anywhere over the three features of two courses of blocks, or even a single block set squarely atop another.

Not enough blocks lie in the vicinity of the three features to have formed a now-destroyed second course of blocks.

Bedrock closely underlies the entire area of the three features eliminating the possibility of excavations or channels between them.

Indications are that the blocks of the inner and middle features have always rested on a layer of loose sand. No evidence was found of the blocks being cut into or founded on the underlying bedrock surface.

In areas of the seaward feature where blocks rest directly on the bedrock surface, no evidence was found of regular or symmetrical supports beneath any of the rocks.

We saw no evidence on any of the blocks of regular or repeated patterns of grooves or depressions that might be interpreted as tool marks.

The inner and middle features are continuous only over a distance of about 50 meters. Though the seaward feature extends several hundred meters further to the north east, it too is not well founded or continuous enough to have served as some kind of thoroughfare. In fact, the only attributes of the three linear features that suggest a human origin are the regular shapes of some of the blocks. These are also attributes of natural bedrock deposits. (11)