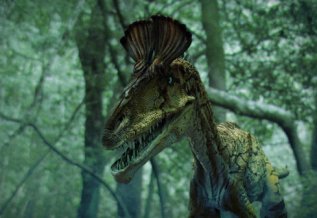 The bones indicated that they had discovered a crested therapod that the team named Cryolophosaurus ellioti, ('frozen crested reptile', above). To date it is the only therapod to be found in Antarctica, although clearly there will be others of its kind buried under the ice cap. In addition to the dinosaur fossils, the team also found fossils from other creatures at the same site. These included a pterosaur (flying reptile), a tritylodont, and most significantly, a plateosaurid prosauropod. (Significant as the animal's foot structure and size is nearly identical to two plateosaurid prosauropods found in Germany and China.) (6)

The evidence of a much warmer Antarctica in past times is supplemented by the British explorer, Sir Ernest Shackleton (1874-1922 - below) who found coal beds within 200 miles of the South Pole (8), that could only have formed in the presence of extensive vegetation and, during the Byrd expedition of 1935, geologists discovered fossils on the sides of Mount Weaver, in latitude 86 degrees, 58 minutes south, about the same distance from the pole and two miles above sea level. These included leaf and stem impressions and fossilised poo (9). British geologists also discovered evidence of great fossil forests in Antarctica of the same type that grew on the pacific coast of the United States 20m years ago (10) and it would have been this ancient vegetation, later covered by warm seas and thick marine sediment, that produced the extensive coal seams that run through the Transantarctic Mountains (11). Admiral Byrd, one of Antarctica's most accomplished explorers, commented in 1949 that this coal seam was 'enough for the needs of the entire world' (12). Actually he was wrong, for the coal was of a poor quality, however the thought itself was generous. 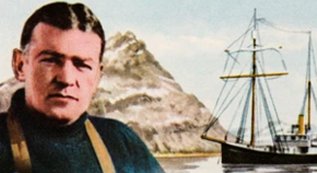 Other evidence of ancient landscapes and seaways near the South Pole has recently been found on these high peaks. Tree stems, roots, pollen, and tiny fossils of open water marine life, have been identified by Ohio State geologists Peter-Noel Webb, David M Harwood and John H. Mercer as being 2-4 million years old from the Pliocene era. (13) In 1952, Dr Lyman H Dougherty of the Carnegie Institution of Washington, completing a study of these fossils, identified two species of a tree fern called 'glossopteris', once common in the southern continents of Africa, South America and Australia. He also found a giant tree fern of another species and identified a fossil footprint as that of a mammal-like reptile. Henry suggests that this may mean that Antarctica, during its period of intensive vegetation, played host to many different life forms. (14) Soviet Scientists have reported finding evidence of a tropical flora in Graham Land, another part of Antarctica, dating from the early Tertiary period. (15)

Shrub wood grew on the banks and shores of alpine streams and lakes during several interglacial periods the researchers suggest. In relatively warm times, great open seaways may have reached deep into the Antarctic interior, and the great central ice caps may have retreated to much smaller ice caps and high alpine glaciers. (16) Admiral Byrd (below), later of Operation Highjump fame, discovered the Edsel Ford Mountains in 1929. These mountains are of non-volcanic, folded, sedimentary rock, with the layers adding up to 15,000 feet in thickness. Thomas Henry, in his 1950 book The White Continent suggests that they indicate long periods of temperate climate in Antarctica. "The greater part of the erosion probably took place when Antarctica was essentially free of ice, since the structure of the rocks indicates strongly that the original sediment from which they were formed was carried by water. Such accumulation calls for an immensely long period of tepid peace in the life of the rampaging planet." (17) 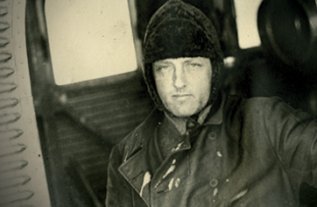 The evidence is plentiful, therefore, that the popular vision of a permanently frozen Antarctica is flawed and indeed, at some point in its past, the continent was sufficiently ice-free for it, or at least parts of it, to have been mapped. The question however is, was it ice-free at a time when mankind could have mapped it? If the Piri Reis map is accurate, then the answer must surely be yes.