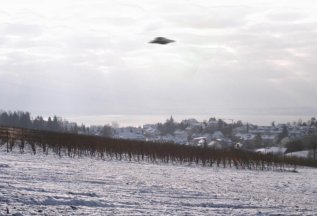 At Shaw's trial Garrison was unable to provide clear evidence that he had ties to the CIA, and also had his star witness, David Ferrie found dead just before he was to testify. Shaw was subsequently acquitted on 1st March 1969 by a Grand Jury. He died on 14th August 1974, in what Garrison considered mysterious circumstances. Documents that became available in 1977 confirmed that Shaw had worked for the CIA since 1949. He had also been in business with former Nazis and European fascists involved in several CIA supported covert operations throughout Europe. As noted previously, there is strong evidence that he had been a member of the OSS, and he certainly worked for a senior OSS officer who was involved in Operation Paperclip. It appears that Crisman and Shaw knew each other well. Certainly that is what Garrison believed. One of Garrison's informants stated that Crisman was "the first person Clay called after being told he was in trouble." The same source claimed that Crisman "flies to New Orleans steadily. 1964, eleven times. 1965, 17 times, 199, 32 times, 1967, 24 times ... he seems to have no income and certainly spends a large sum of money on air travel."

It seems remarkable that a man who was working for the forerunner of the CIA, then a special investigator for the State of Washington, reduced to scavenging for salvage, then was almost employed by the Atomic Energy Commission (which had covert UFO connections), before becoming involved in other covert CIA activities, and later being seen as having a role in the assassination of President Kennedy, could have been an innocent bystander to the alleged UFO incident at Maury Island. More likely he used his information regarding Paperclip to get back into the covert intelligence operation. It is likely that it was Crisman who was contacting the press to alert them to Arnold's presence and the nature of his enquiries.

UFOs continued to be reported throughout this period. Then, during the first three nights of August 1965, literally millions of people in Texas, Oklahoma, Kansas, Nebraska, Colorado, Wyoming and neighbouring states witnessed one of the most spectacular wave of UFO sightings ever recorded (47). These events were not only observed in the sky, but were also tracked by radar and witnessed by jet liners. Of course the official debunking strategy was swiftly set in place: the sightings were merely "four stars in the constellation of Orion (48)." Unfortunately, this explanation was cobbled together too hastily for, as astronomers pointed out, Orion was not actually visible at that time in the Western Hemisphere. Then the lights went out over an area of 80,000 square miles, followed by another blackout on 9th November 1965 termed the Great Northeast Blackout. UFOs had already been reported that night over Niagara, Syracuse and Manhattan, and it was subsequently muted that this activity might have tripped the relay at the Ontario Hydro Commission (49). In January 1966, the USAF continued to make expensive credibility mistakes. There had been a sighting of a UFO over Wanaque Reservoir in New Jersey. "A special Helicopter with a bright light on it" explained the Air Force. "A special helicopter with a bright light on it?" challenged the press. "No." The Air Force admitted, actually there hadn't been any helicopter - let alone one with a bright light on it - in the Wanaque area that night (50).

The Air Force's credibility continued to slump, with increasingly obscure explanations being offered for reported incidents. On one occasion on 25th March 1966 a truck driver, Frank Mannor, and his family witnessed seeing an object with pulsating lights hovering over a swamp behind their house. Patrolman Robert Hunawill arrived at the scene and confirmed that a "strange lighted object" hovered over his patrol car before joining three other "objects" moving across the swamp (51). The object was then observed by 52 independent witnesses, including a dozen police officers. Project Blue Book sent in its top scientific advisor, Dr. J. Allen Hynek, to investigate. "Its swamp gas [known as 'foxfire']" he declared. Mannor retorted "I'm just a simple fellow, but I seen what I seen and nobody's going to tell me different. That wasn't no old foxfire or hulla-billusion. It was an object (52)." (Hynek later stated that this contrived explanation marked the lowest point in his career.) This episode fuelled growing concern at all levels that the Air Force and the CIA were conspiring to conceal the truth about UFOs from the American public. One of Michigan's state representatives in Congress, minority leader Gerald Ford, later to become President on the impeachment of Richard Nixon, returned to Washington in March 1966 and demanded a 'full-blown' congressional investigation of events.

The Christian Science Monitor, a journal with no previous involvement in the UFO phenomena considered that the Michigan sightings had "deepened the mystery" of UFOs and it was "time for the scientific community to conduct a thorough and objective study of the 'unexplainable'". By this time in 1966, President Johnson's administration was suffering its own credibility gap. Air Force Secretary Dr. Harold Brown and Defence Secretary Robert McNamara discussed the growing problem and decided that an independent university-conducted study could be undertaken publicly and such a course of action would get everyone off the hook. And Dr. Edward Uhler Condon was considered the perfect man for the job.

Condon, a former director of the National Bureau of Standards, had gained an impressive scientific reputation with a long association with military research projects. During the Second World War, he had served on Dr. Lyman J. Brigg's top-secret S-1 Committee out of which the Manhattan Project developed (53). (Manhattan was the project to develop the world's first atomic bomb.) As writer, psychologist and original member of the Condon Committee, Dr David Saunders commented: "The public and the press knew him as one of the pioneers of experimental physics in the Unites States and as a key figure in the development of radar, the atomic bomb, and the nose cone and heat shield used on the Mercury and Gemini manned space capsules. But they knew him even better as an out-spoken critic of the federal government. His almost legendary battle with the House Un-American Activities Committee during the McCarthy era and his accusations in 1958 that the government was suppressing the truth about radioactive poisons had labelled him as a scientist who spoke the public's language (54)."